Is your law firm reviewing potential Tylenol autism lawsuit cases? If so, you already know that this litigation has the potential to be among the largest in U.S. mass tort history. At Legal Conversion Center, we help law firms who are actively seeking Tylenol autism lawsuit cases. Our legal and mass tort intake specialists help manage the influx of case leads, qualify leads, and get you more conversions.

Tylenol autism cases are already being filed, but estimates suggest that hundreds of thousands of claims could be filed before all is said and done. Don’t miss out on the opportunity for your firm to convert more leads than ever – contact Legal Conversion Center.

There are currently thousands of Tylenol autism lawsuits pending. In October 2022, these cases were consolidated into multidistrict litigation (MDL) status. All Tylenol autism cases will be heard in a federal court in New York, regardless of where they were filed.

Why are Lawsuits Being Filed?

In 2018, researchers discovered that children who were exposed to Tylenol (acetaminophen) in the womb were 20% more likely to develop autism than their peers. Additional research from Johns Hopkins Bloomberg School of Public Health in 2019 revealed similar results, but estimated that children exposed to Tylenol were more than three times as likely to develop the disorder.

The medical term for autism is Autism Spectrum Disorder, or ASD. This spectrum of disorders can cause serious physical and developmental delays and can predisposition children for health problems later in life. There is no cure for autism, and treatments often include a multidisciplinary approach including:

The spectrum of autism is so broad that some children can fully function and become independent members of society; but many others will rely on the support and supervision of their parents or guardians for life. The cost of care for an individual with autism is high. Some estimates suggest the lifetime cost of care for someone with autism is as high as $2.4 million.

The Link Between Acetaminophen and Autism

Acetaminophen is one of the most common over the counter (OTC) medications in the U.S. It is most well known by the brand name Tylenol. Millions of people in the U.S. use acetaminophen for everyday aches and pains and fever reduction. A link between acetaminophen and autism is alarming for many because the drug is widely considered safe for use during pregnancy.

Now that research suggests a link between acetaminophen and autism, doctors are increasingly hesitant to recommend the drug for use during pregnancy.

Autism: What Are the Signs?

As a spectrum disorder, autism can present in many ways. Some children have few, if any, symptoms of a disorder. Others may have serious physical or developmental impairments. According to Autism Speaks, there are some common symptoms among individuals with autism. These include the following in children:

This list is not exhaustive and is not applicable to every individual with autism. However, children who have ASD do often share at least some of these primary symptoms.

How Much Tylenol Causes Autism?

The studies that suggest a link between Tylenol and autism examined more than 200,000 mother-child pairs from around the world. The most profound increase in the risk of developing autism was among mothers who took Tylenol or acetaminophen for an extended period. Current studies do not provide a consistent level, amount of time taken, or milligrams taken during pregnancy for the risk to increase. However, it does appear that the risk of autism increased more substantially the longer the mother took Tylenol or acetaminophen.

What Other Medication Contains Acetaminophen?

Acetaminophen is an active ingredient in more than 600 medications. Also known as paracetamol (N-acetyl-p-aminophenol, or APAP), this drug is used to treat pain and fever, and is an ingredient in numerous OTC medications and combinations. Some of the common OTC brands that contain acetaminophen include:

Acetaminophen is also a common ingredient in prescription medications, such as:

Due to the wide use of acetaminophen and the recent study results, a Consensus Statement was released by a team of 91 scientists, public health professionals, and clinicians, calling for more stringent use of the drug during pregnancy.

Who Can File a Tylenol Autism Lawsuit?

Mothers who took Tylenol for an extended period while pregnant, and later their child was diagnosed with autism, may qualify to file a Tylenol autism lawsuit. Law firms reviewing these cases should know that research into the causative link between acetaminophen and autism is still ongoing.

While autism is the center of Tylenol-related lawsuits, there are also cases that involve children diagnosed with related disorders, such as:

As law firms review potential Tylenol autism lawsuit cases, it is important their intake teams know what disorders to look for, and how they could be related to this massive litigation.

Let Us Help Your Firm Grow

Is your law firm ready to start reviewing Tylenol autism lawsuit cases? Let Legal Conversion Center help! With our highly-qualified mass tort intake team, you can focus on your clients while we focus on qualifying and converting more leads than ever for your firm. Want to know why so many law firms trust LCC?

With decades of call center and customer service experience, our team has built a proprietary intake process that streamlines intake and client acquisition. With our customizable services, you are only investing in intake services that you need and will get a return on. Our top-of-the-line technology and integration means that you always have the information you need at your fingertips.

LCC partners retain more clients than their competitors. That’s because we have developed an unparalleled client intake process that engages potential clients, qualifies them, and converts them right away. Our intake specialists are trained in call management, empathy, legal terminology, mass tort intake, and are HIPAA trained and certified. We have an intake process that you and your clients can trust!

At LCC, we believe that our partners should only invest in services that they can count on and see a return on. Our pricing structure is built on that philosophy and is designed to ensure that you are getting the most “bang” for your “buck”.

Want to see how Legal Conversion Center can help you get more Tylenol autism lawsuit leads and conversions? Contact us today for a quote! 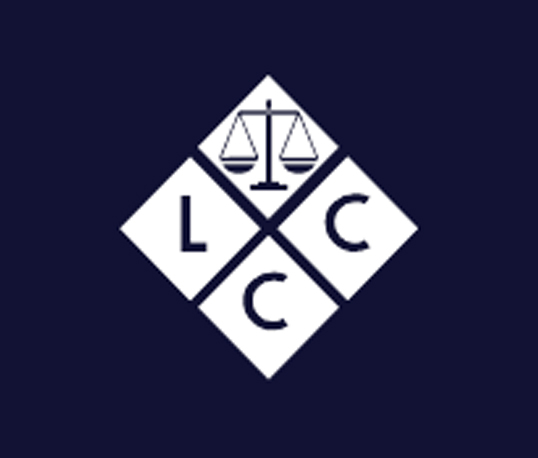 Are you an immigration attorney looking for ways to boost lead generation and get more clients? Digital marketing is one of the best ways to generate new leads. The truth is, however, that most attorneys are not familiar enough with digital marketing to really boost their strategies. Furthermore, attorneys have a lot to focus on […]